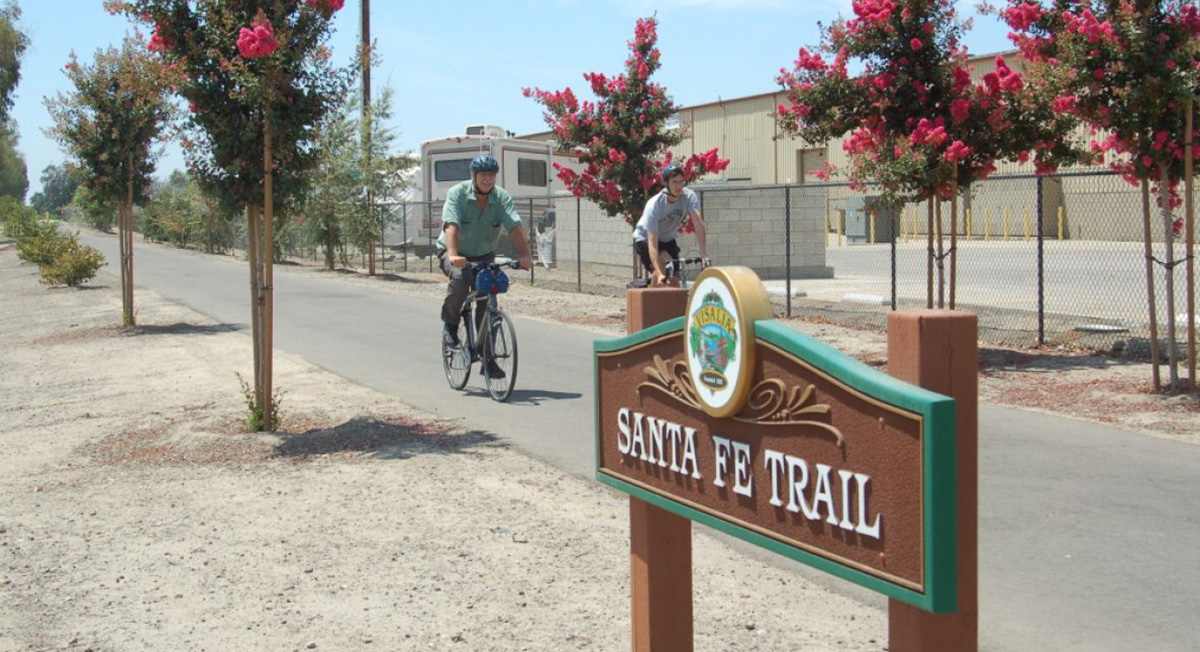 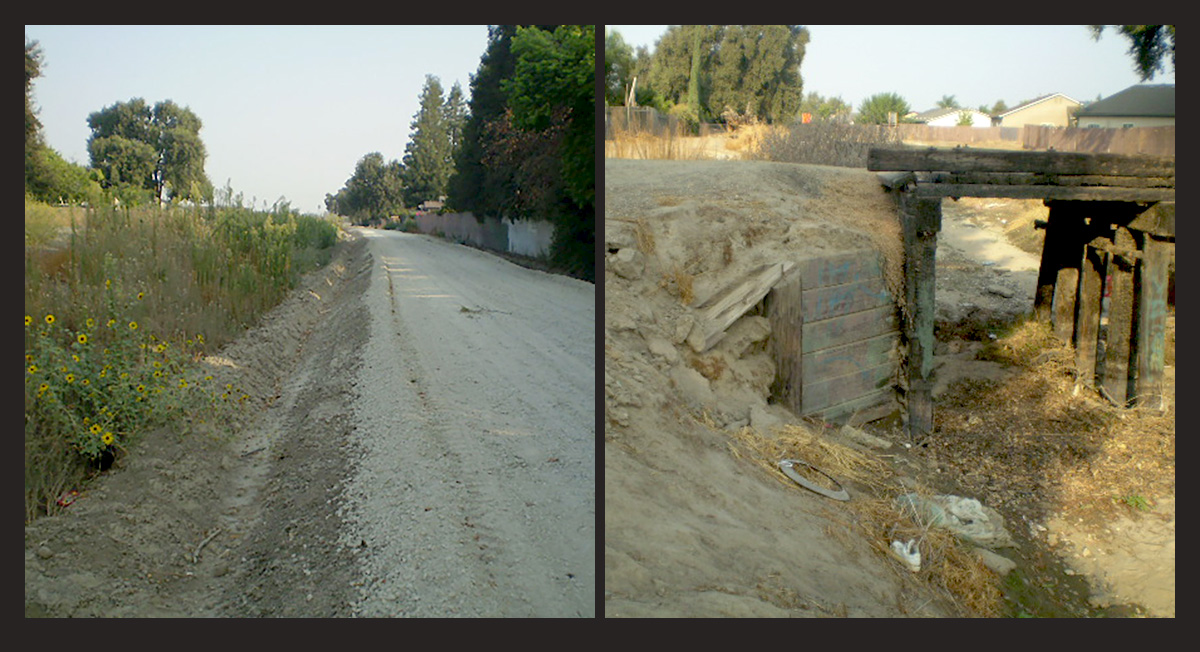 In 1953, Visalia became the county seat of the newly created Tulare County.  Unlike many early towns, the railroad was not the driving force behind the town’s growth.  In 1872, the Southern Pacific railroad alignment was chosen and bypassed Visalia to the west at Goshen.  Therefore, Visalia business owners funded a spur line in 1875 to connect Visalia to Goshen. In 1940, the last passenger train serving Visalia left the station.

In recent times, the City of Visalia purchased the former Santa Fe Railroad right-of-way in the City to develop into a Class 1 multi-purpose trail.  The City pursued an EPA Brownfields Cleanup grant to remove contaminated soil along the alignment.  Geocon was retained by the City to prepare necessary documents to the EPA to include in the Brownfields Cleanup Grant proposal.

Interesting Fact: Class I bikeways have exclusive right of way for bicyclists and pedestrians with minimized cross flows by motor traffic