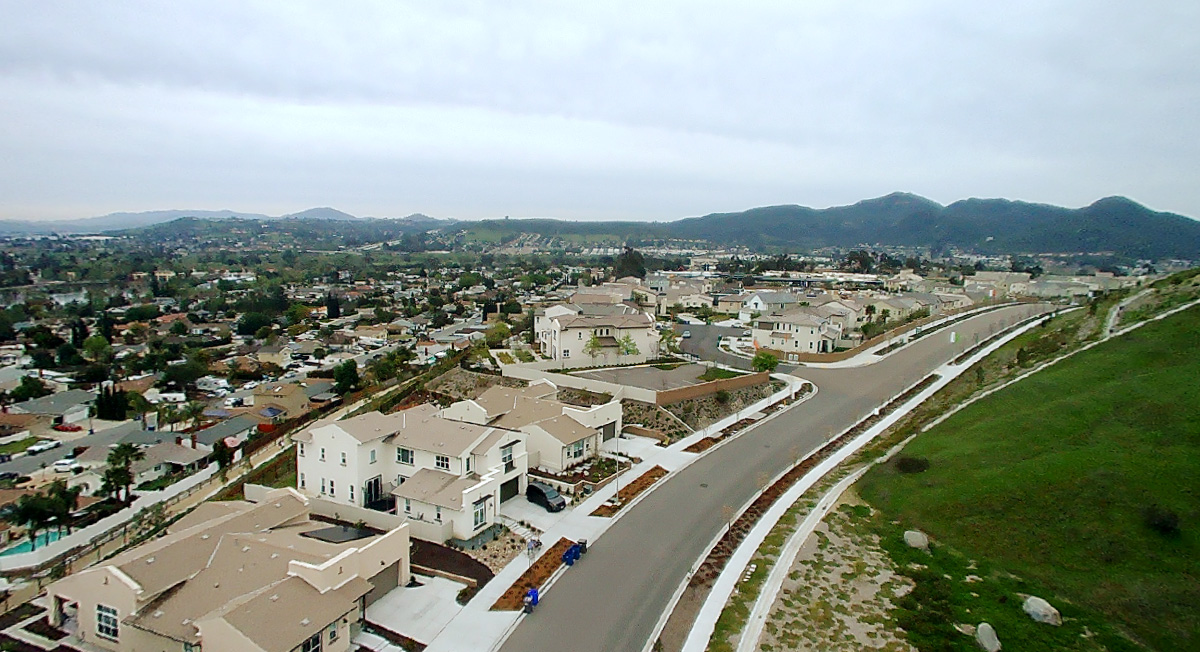 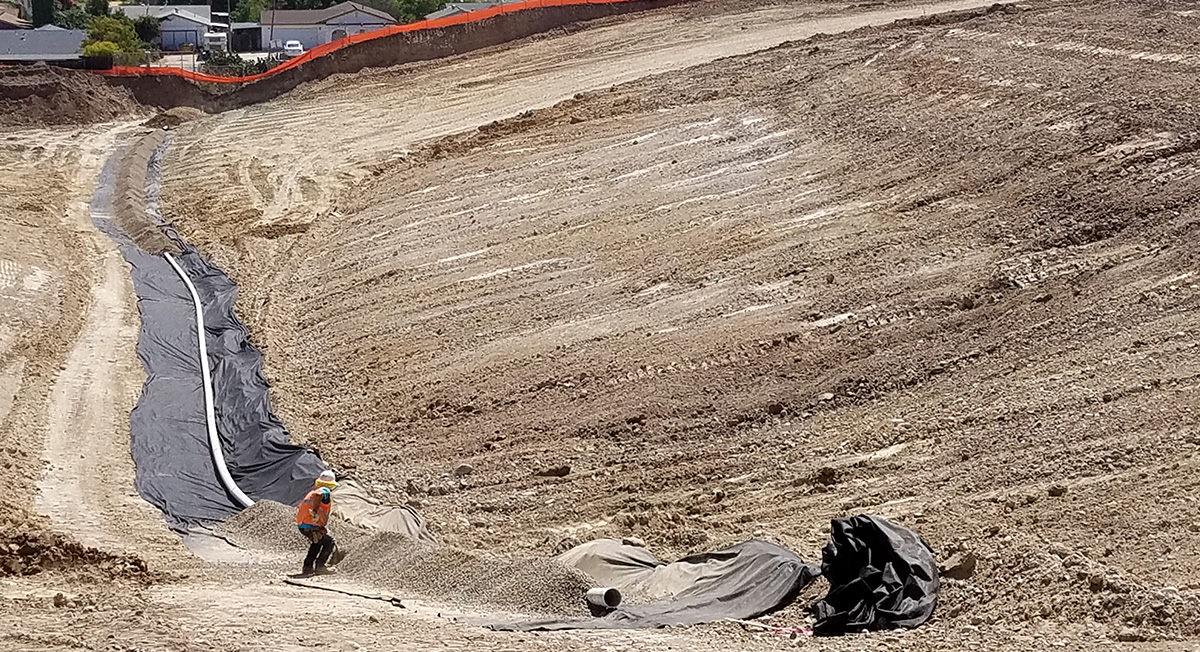 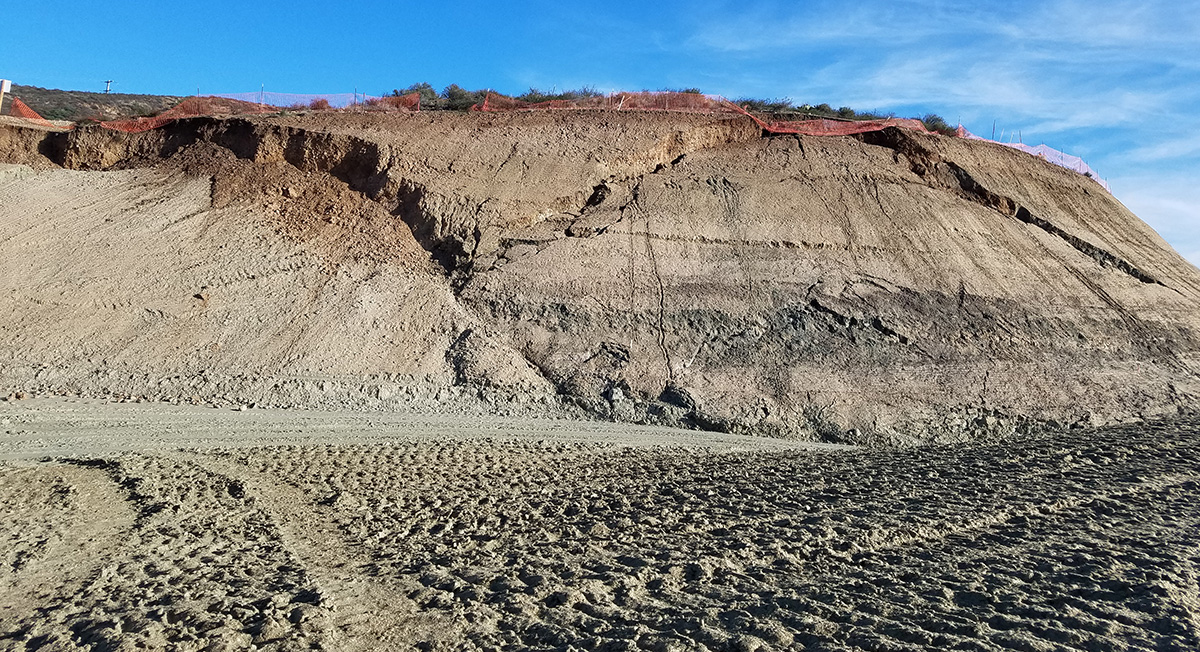 The Castlerock development consists of 400 residences on approximately 200 acres at the boundary between San Diego and Santee.  Santee is currently annexing the project.  Geocon performed a geologic reconnaissance and geotechnical investigation of the site in 2003.  Three landslides were identified within the site and recommendations for mitigation were provided.  A grading solution to mitigate landslides is generally the least expensive and this site lent itself to construction of an earthen buttress to stabilize the three slides.  The property sat until 2016 when things started to heat up again.  Grading was performed in 2016 and 2017 under the testing and observation of Geocon and homes are being built and sold today. 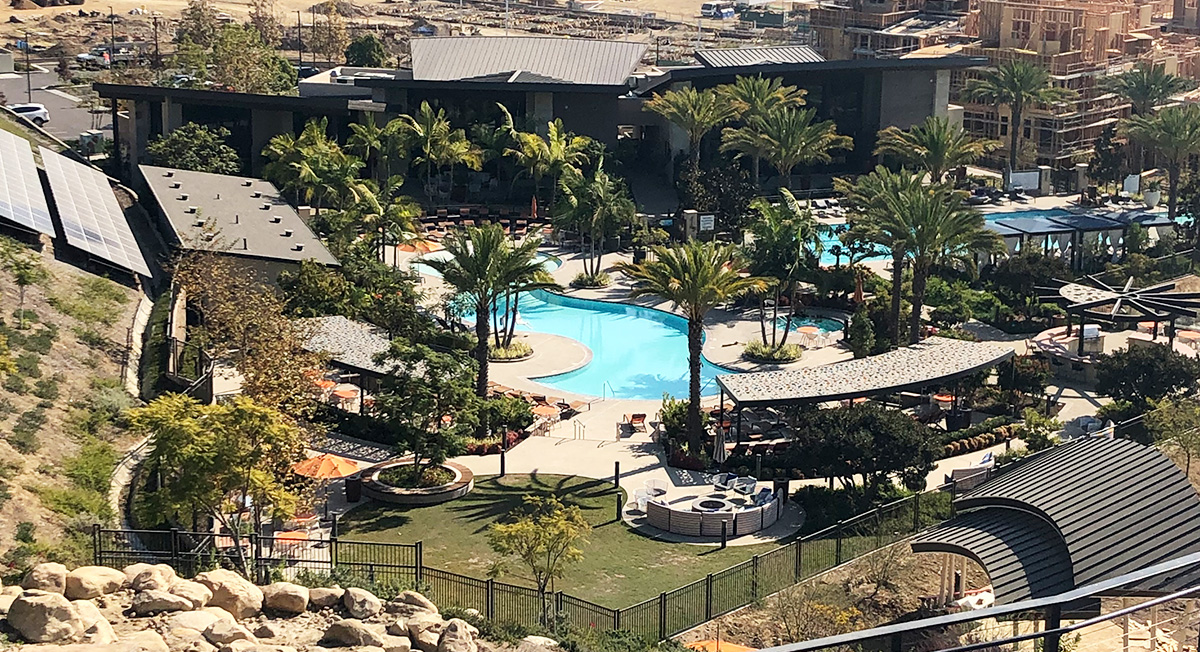