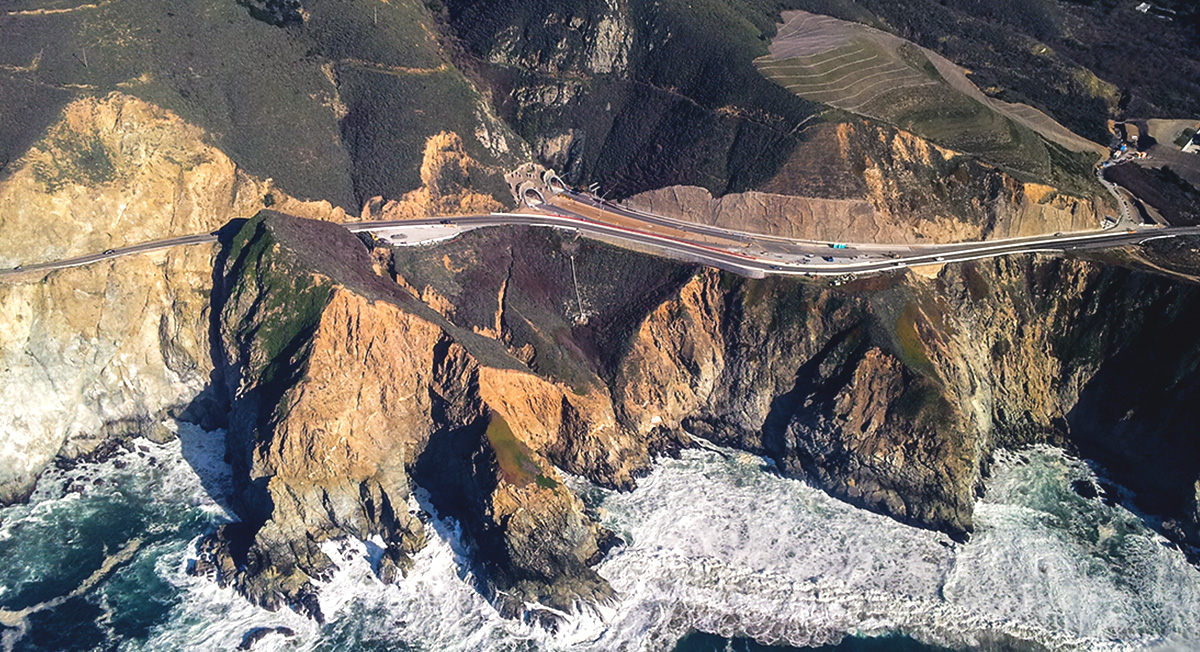 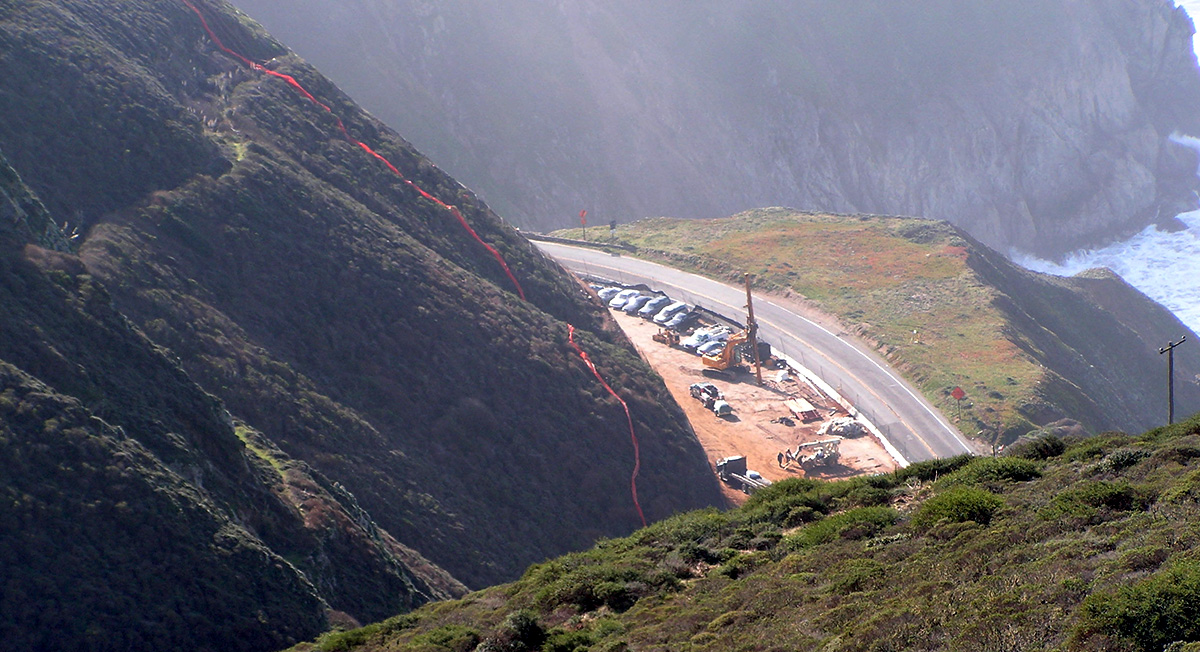 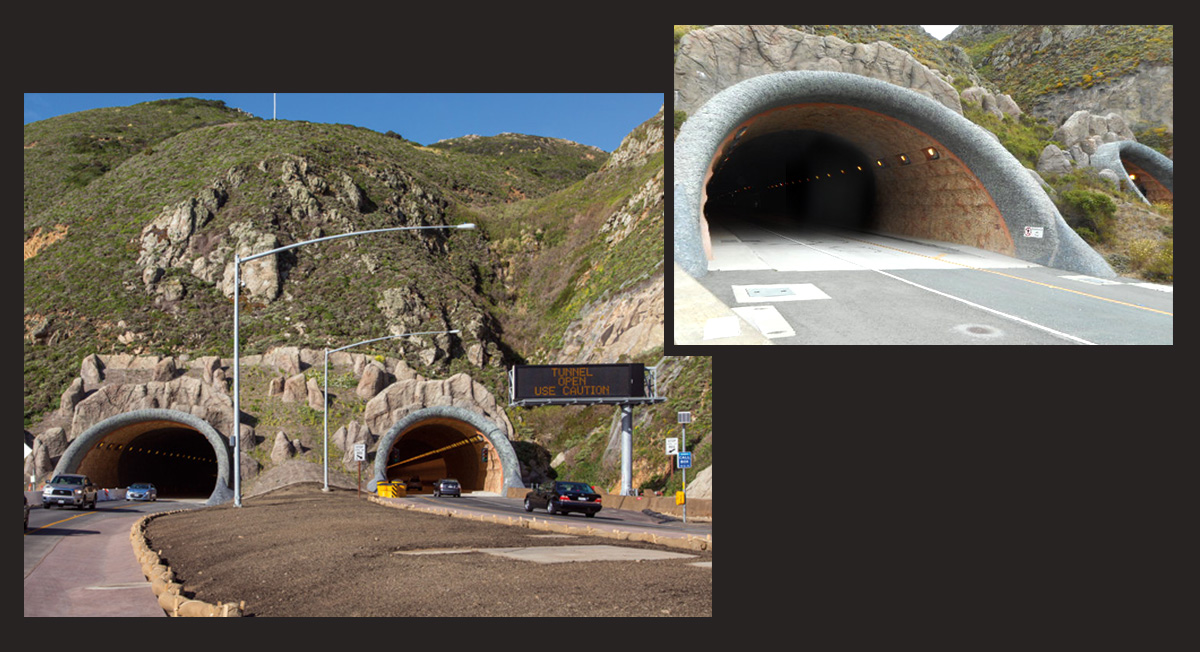 California State Route 1 construction in the Devil’s Slide area began in 1935 replacing a steep narrow winding road.  A landslide in 1940 and another in 1995 forced multi-year closures.  In 2006, large cracks indicated imminent failure and the road was closed for five months and a plan was hatched to replace the unstable roadway.

In 2013, the new Tom Lantos Tunnels were opened to traffic and the old roadway was converted into a trail.  During the course of the investigation and construction for the tunnel, Geocon provided groundwater studies and performed air monitoring within the tunnels under on-call contracts with Caltrans District 4.

Interesting Fact: Most of the rock at the slide area are Paleocene (56 to 66 million years ago) turbidites (sediments carried by dense turbid (loaded with sediment) currents within clearer water.)